When treating on Shabbat a patient who is critically ill, or when dealing with an individual whose life is in danger – known in Hebrew as pikuach nefesh – one is commanded to “violate” the Shabbat. This applies even if there’s a doubt whether it is – or could evolve into – a life threatening situation. 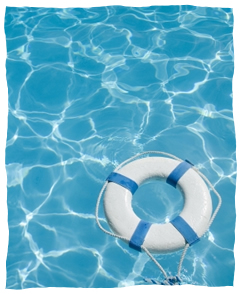 Even if retroactively it becomes clear that the act was unnecessary, or didn’t accomplish its goal, it is not considered a desecration of the Shabbat, and the individual who acted receives reward for attempting to save a life.

In all these matters, if one is in doubt about the correct mode of behavior, it is better to err on the side of violating the Shabbat, rather than potentially putting a life in danger.

One who is faced with a situation that might be construed as a matter of pikuach nefesh, and goes to consults with a rabbi about the situation is considered a murderer[1] —because due to his excessive “piety,” and the resultant delay in implementing the proper measures, he might be endangering a life. And the rabbi who is asked is disgraceful—because he should have taught his community the proper manner of action when dealing with pikuach nefesh, i.e., to take action without delay.[2]

When it is necessary for the sake of pikuach nefesh to disregard the Shabbat laws, it does not matter who violates the Shabbat; the one who’s able to perform the task most quickly should do so, and whoever does so is praiseworthy.

If there are several people who can attend to the endangered individual, it is preferable that the Shabbat “desecration” be done by the greatest Torah-scholar and the most pious person present. When a sage attends to pikuach nefesh it serves as a lesson as to the immense privilege it is to save a life.[3] Needless to say, one may not seek to be “ultra-religious” by asking a gentile to desecrate the Shabbat for the sake of pikuach nefesh.[4]