What should be done with the peppers from Eretz Yisroel?

We received a package of different color peppers, and on the red ones have a sticker that says it’s from Israel. What do we need to do with all the red peppers?

The dinim of Shmitah and the way they apply in Chutz La’aretz can be complex, but to summarize:

Fruits: Fruits grown in Eretz Yisroel during the year of Shmitah, even if grown without any human effort, have a level of holiness to them and may be only eaten in a certain way, may not be disposed of when still edible, and for most fruit, must be made hefker at a certain point of the year (known as the zman biur) etc.

Vegetables: Additionally, the Chachomim decreed well as that all vegetables grown during Shmitah, even if grown without any human effort, may not be eaten at all, even in Eretz Yisroel. This is known as the prohibition on Sefichei Shvi’is. The reason for this prohibition was that since vegetables can be harvested not too long after planting (as opposed to fruit trees which can take years to mature,) we are worried that unscrupulous individuals will plant vegetables during Shmitah and claim that they just grow on their own.

They also ruled that Shmitah fruit may not be removed from Eretz Yisroel (even though they retain their holiness when removed).

Therefore, since we cannot be sure that the red peppers, were grown and harvested before the start of the year of Shmitah, they may not be eaten. However they may not be discarded either, since they retain the holiness of Shmitah. Therefore they should be left in their place to a point which they are no longer edible,(at which point they lose their holiness,) and then they may be discarded normally.

See also the following notice from our Vaad Hakashrus: 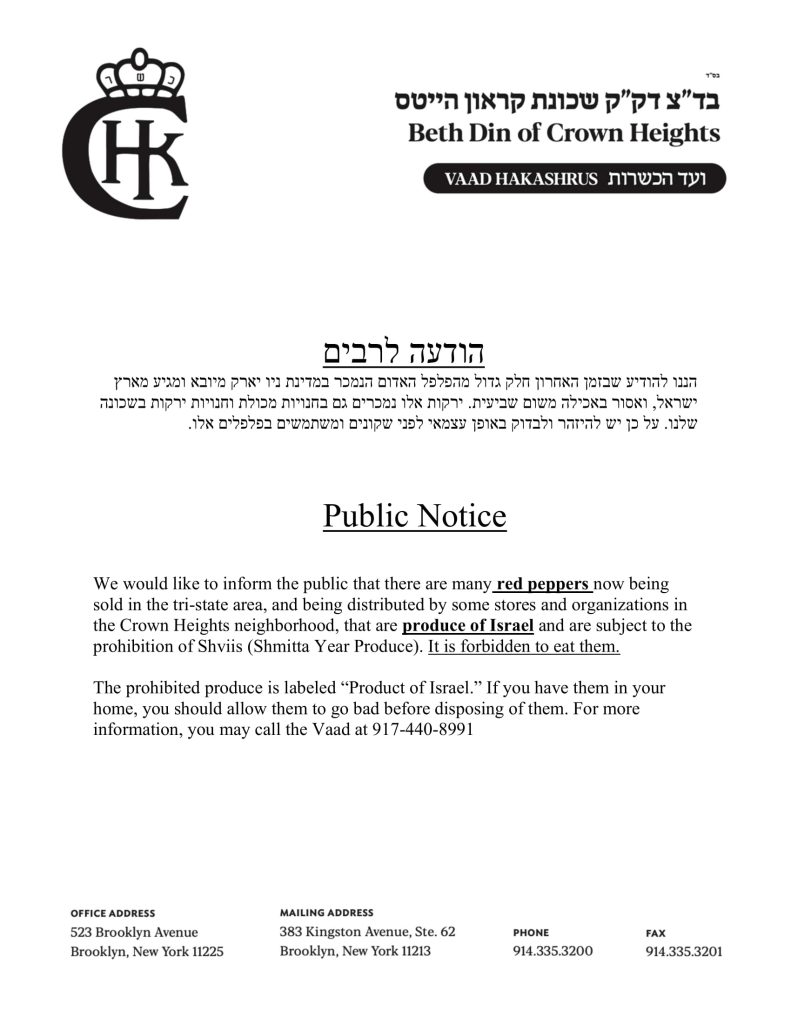